IS pork DNA pork? A simple question that needs careful handling and a clear answer to. To answer such an important question, we should first understand what DNA is actually. 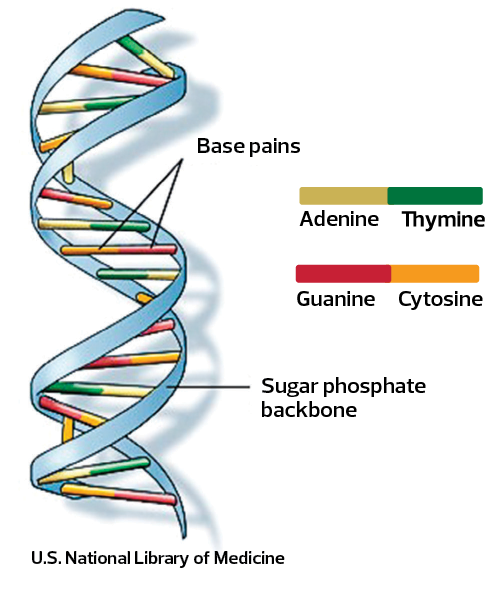 DNA or deoxyribonucleic acid is a basic molecule for an organism, and it contains the genetic code that determines the characteristics of all living things on earth. Each organism has their own unique DNA, and it allows us to identify what exactly the type of organism we are studying through DNA analysis. For example; a cow’s DNA and a pig’s DNA is vastly different, and will never ever be same at any given time.

The difference in DNA doesn’t just exist inter-species, but intra-species as well. This means that no two cows, or pigs, or fruits, or vegetables, or humans (as long as not related by blood), have the same DNA.

The difference in DNA between humans are heavily utilised in the field of forensics, where cases of unidentified bodies are analysed through DNA to acquire its identity. The result of such identification will then lead to the solving of criminal cases. Such a possibility highlights the greatness and advancement of the discipline in science which have enabled human beings to understand the fundamentals of creation of Allah S.W.T. 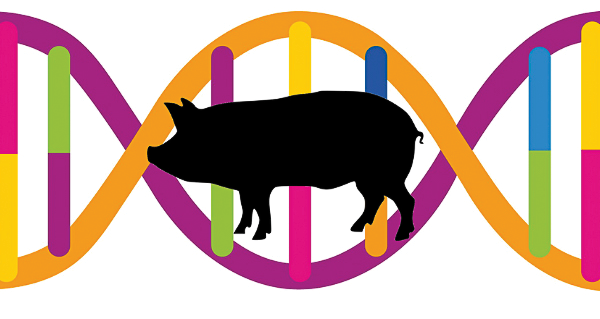 Because of the ability DNA analysis have in identifying an organism’s identity, it has been a highly proposed solution to adopt the practise as a product’s halal status identification.

The halal status – in the context of DNA analysis – is to screen ingredients or finished products of any pork-based sources either through contamination or formulation. Due to the complicated formulation of products in the current market, it is impossible to identify products in the market that are free of haram based ingredients just by our naked eyes.

The DNA analysis process for Halal verification starts with a DNA extraction from the product. Once the DNA is extracted and passes the stringent Quality Control in analysis, the process then proceeds with DNA matching in order to identify the animal species. If the DNA found matches to a pork’s DNA, it is then decided that the product contains pork-based ingredient. The result is absolute, regardless of any part of the pig’s body part being used.

The importance for this process is to identify the use of pork and pork by-products in any food products existing in the market today. And to answer the argument of whether a pork’s DNA is considered pork, it is supposed to be a non-issue.

As what has been taught in Islam, ‘It is haram for Muslims to consume any products that confirmedly contains pork or its derivatives’. As pork’s DNA could exist at any of its body parts, a positive result of a DNA analysis clearly shows that the product analysed is confirmed to contain pork or pork-based ingredients. Based on that, we can safely say that it is haram for Muslims to consume and use any product
that have even traces of pork or pork-based ingredient, be it due to contamination or formulation.

OTHER FACTORS SAID TO AFFECT THE HALAL AND HARAM STATUS

Other factors that we need to clearly understand is, DNA is a molecule which exists at a super-fi ne size and is impossible to see using the naked eyes. DNA molecules can only be seen using a high-definition microscope and could only be detected using scientific equipment with special techniques.

The minuscule size of the DNA has been made a reason for some positive results of pork DNA being overlooked and ignored, which is a big misconduct in terms of halal certification. A positive result is a positive result, and it proves that the product does contain pork or pork-based ingredients, no matter the amount or size.

There is also cases where positive results through lab DNA analysis are simply being pardoned and are certified not haram, as they assume that those DNA is a product of environmental contamination caused by pork DNA transferring through the air.

We need to bear in mind that a DNA analysis is a process that identifies the ingredients during formulation, and therefore couldn’t simply be contaminated by so-called airborne contamination. Plus, for DNA to ‘fly around’ and contaminate samples, it needs to somehow be vaporised and turned into its gaseous state. This just doesn’t happen often enough to be accepted as a cause to pardon a positive result.

Then there is the case of physical contamination, where pork DNA might get mixed into the samples due to residual contaminants. It is a possibility, but still not one to easily occur. Laboratories in general has strict hygienic guidelines and standards to adhere to, and occurrence of such a case is too small to even consider.

Based on the DNA’s characteristic and the pork-based ingredients that contain the DNA itself, positive results of a product has to be taken seriously.

UNDERSTANDING THE MATTER IS KEY

A deep understanding on the definition of DNA and the role the laboratories play are key to avoid any misguided decisions regarding the halal status of the products being analysed. Science assists a lot in the authentication process, as it traces even the smallest (molecular-level) quantities of haram materials in products.

Halal authentication supported by science will definitely strengthen the integrity of halal itself.

The laboratory itself has to hold its integrity at the highest level, which requires them to adhere to three main criteria. The three criteria are; the labs has to be accredited ISO17025, the person in-charge has to be certified by a certified authority, and the method used in analysing has to be validated according to the products being analysed. Failing to meet those three criteria will result in loss of trust and integrity of the lab. 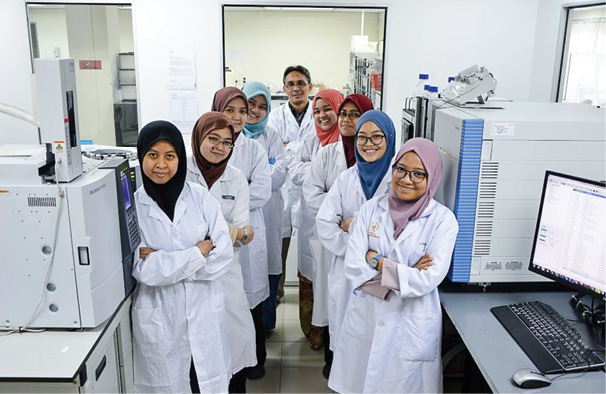 HALAL SCIENTISTS: The role of laboratories in adhering to standards and guidelines helps to strengthen halal integrity incertification.

“The importance for this process is to identify the use of pork and pork by-products in any food products existing in the market today. And to answer the argument of whether a pork’s DNA is considered pork, it is supposed to be a non-issue.”

One thing that needs to be made clear here is that the role played by laboratories does not replace the role of certified authorities such as JAKIM and other religious bodies in halal certification. Rather, it is to support through scientific evidence the halal-ness
of any one product in question. The role of laboratories helps to strengthen the overall halal integrity of the country.

Scientific evidence has never existed to go against syariah law, rather to complement each other. In fact, scientific evidence has never been used as a main reference in halal authentication as all laws have already been completely and comprehensively mentioned in the Quran and Hadiths. Science is instead used to further strengthen the laws mentioned in the two holy references.

Thus, the question ‘is pork DNA, pork?’ should be changed to; ‘Is that DNA, pork DNA?’

That is the importance of Halal Science, That is the value of the halal logo, and that is the beauty of Islam. 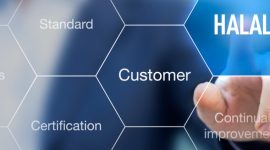 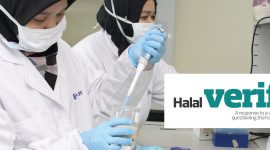 Halal Verified but not certified 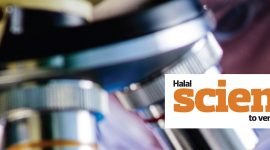 Halal Science to verify and certify